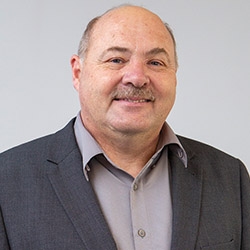 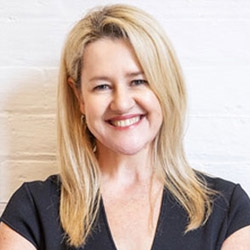 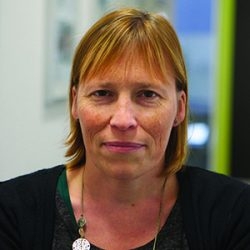 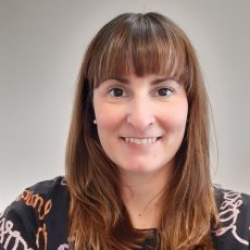 Honoraries, Past Chairs and Directors

As the foundation Chairman of the Board, Jim guided AMSI through its first 10 years with the vigour and expertise that comes only from experience. Jim was a recipient of the AMSI Medal for Distinguished Servicein 2012.

Tony was one of the original architects of AMSI, and together with Jan Thomas wrote the original proposal to the Victorian Government for a Science, Technology and Innovation grant in 2001 which ultimately led to the founding of the institute.

Tony was a recipient of the AMSI Medal for Distinguished Service in 2012.

As foundation director, Garth’s most significant achievement was obtaining and leading the ICE-EM grant in 2004, which not only funded AMSI’s remarkably successful school education program but also put in place AMSI’s flagship programs and Access Grid network.

Garth was a recipient of the AMSI Medal for Distinguished Service in 2012.Tributes to Garth following his passing on 18 October 2012 can be accessed here.

AMSI was awarded a $2m Collaborative and Structural Reform grant in 2007 during Phil’s term as AMSI Director, which funded a number of the Higher Education flagship programs, as well as establishing APR.Intern. In 2007-08 Phil led the year-long project Mathematics for 21st Century Engineering Students with funding from the Carrick Institute of Learning and Teaching.

Phil was presented with the 2008 Fast Thinking/ Open Universities National Innovation Award in the category of science innovation on behalf of AMSI.

Phil has also accepted the Women in Science and Engineering award for developing women mathematicians on behalf of the department at the University of Delaware.

In 2001, Jan saw the opportunity to set up a national centre in the mathematical sciences and together with Tony Guttmann, co-wrote the successful grant application which ultimately resulted in the formation of AMSI. Jan has continually pushed the message of the importance of mathematics education to Australia’s national interest.

Jan was AMSI’s Executive Officer until March 2011. She is now a Senior Fellow at The University of Melbourne and has an office at AMSI. Before coming to AMSI, Jan worked as a teacher, as a consultant in schools and as a lecturer in teacher education. Her research interests are concerned with the effect of language and culture on mathematics learning. She believes access to a good mathematics education, along with good communication skills, is fundamental to an equitable and socially just society.

Jan was a recipient of the AMSI Medal for Distinguished Servicein 2012 and awarded a Medal of the Order of Australia in the Australia Day Honours 2013 for service to the mathematical sciences.

Michael came to AMSI with a distinguished record in mathematics teaching. As managing author for the ICE-EM Mathematics program and together with Garth Gaudry, Janine McIntosh and an extensive team of authors, Michael produced the series of high-quality, highly successful mathematics textbooks which formed the pillar of AMSI’s school education program. Michael is currently a Senior Fellow at The University of Melbourne.

Michael has a PhD in mathematics from Monash University and a Diploma of Education from La Trobe University. Before coming to ICE-EM, he was Head of Mathematics at Scotch College, Melbourne, and involved with the Victorian Curriculum and Assessment Authority in various capacities. He has also taught in public schools. In 1999 he was awarded an honorary Doctor of Laws by Monash University for his contribution to mathematics education, and in 2001 he received the Bernhard Neumann Award for contributions to mathematics enrichment in Australia.Michael was a recipient of the AMSI Medal for Distinguished Service in 2013.

One of the discipline’s most iconic and respected leaders, Professor Hall will be remembered through his rich legacy of outstanding leadership and contribution to the Australian and global mathematical sciences.

In 2003, the first full year of AMSI’s operation, Peter Hall accepted the position of chair of the Scientific Advisory Committee as one of Australia’s most respected and active mathematical scientists. For the next seven years Peter was architect and custodian of AMSI’s scientific program. This program annually delivers between 15 and 20 workshops in mathematics, statistics and cognate disciplines around Australia. Peter was a recipient of the AMSI Medal for Distinguished Service in 2012 and made an Officer of the Order of Australia in the Australia Day Honours 2013 for for distinguished service to mathematical science in the field of statistics through international contributions to research, as and academic and mentor, and through leadership of advisory and professional organisations.

Much respected and admired by all those he worked with, he will be remembered as a giant of the mathematical sciences who was as much a part of the fabric of Australian statistics as it was of him.

Peter  chaired the EAC from its inception and was deeply involved in the planning and execution of the seminal workshops on ‘Teacher Content Knowledge and Materials for Schools’. The following years’ work was based on these early initiatives including the first edition of the ICE-EM Mathematics textbooks. Peter guided this work with an awareness of its importance and an ability to encourage others to become involved.Peter has given wonderful support to the staff of AMSI and has made a major contribution to each of the projects undertaken during his chairing of the EAC.

Peter was a recipient of the AMSI Medal for Distinguished Service in 2013 and made an Officer of the Order of Australia in the 2015 Queen’s Birthday honours for distinguished service to education, and to youth, particularly through the development of mathematical competitions and challenges for students, as an academic, and to professional learning associations.

A mathematician of astonishing range, the legacy of Laureate Professor Jonathan Borwein continues to be felt within the Australian and global mathematical sciences. A strong AMSI ambassador, his influential leadership positions included Chair of the Institute’s Scientific Advisory committee, membership of the Research and Higher Education committee and Board observer.

Jon moved to Australia in 2008 as founding director of CARMA, the Priority Research Centre in Computer Assisted Research Mathematics and its Applications, at the University of Newcastle. An ISI highly cited scientist, his work in mathematics and computing, including optimisation, computational number theory and classical functional analysis was widely published.

To the world John was a remarkable mathematician and to AMSI he was a friend and champion.

As the second Chair of the AMSI Board, Ron oversaw the remarkable period of expansion of AMSI’s funding and activities during the period from late 2011 to early 2019.

Ron’s skill in chairing meetings, negotiating difficulties, hands-on personal style, fearless advice, deep commitment and system-wide perspective were a tremendous asset to AMSI and its staff.  Ron understood the place AMSI holds in the public sphere, and ensured that AMSI is at the table when it should be.

Ron chaired the watershed 2010 review of AMSI with three distinguished international colleagues. It redefined AMSI’s relations with its members and set AMSI’s directions for the following period. As Chair, Ron then oversaw the implementation of the review. The relationship with the University of Melbourne as lead agent was clarified by the review and there was a refresh of AMSI’s Vision and Mission statements in early 2011. AMSI’s 2013 Strategy Day was a significant event identifying five key strategic pillars for the Institute and establishing marketing and communications as a key aspect of AMSI’s operations.

In recognition of this service and to other mathematical sciences organisations, AMSI’s Lead Agent, the University of Melbourne, conferred a DSc on Ron, to the acclaim of the Institute. Ron was recipient of the AMSI Distinguished Service Medal in 2019.

Professor Geoff Prince has been AMSI’s longest serving Director, leading AMSI from 2009 to 2018 . He was responsible for a transformation of AMSI’s mission that has seen its impact increase dramatically. Under Geoff’s directorship AMSI’s staff grew four-fold and its membership of university, learned society and government agency members also enlarged very greatly. He was also responsible for encouraging a significant increase in the participation of the members in the governance and decision-making processes of AMSI, giving them a strong voice and a high degree of ownership.

Geoff united the discipline behind AMSI’s mission and built an enviable reputation for AMSI as the public face of Australian mathematics and as its strongest advocate, evidenced by the attention afforded to it by politicians, the Office of the Chief Scientist, policy makers, philanthropic organisations and the media. He used the media effectively to bring critical issues concerning mathematical education, teacher capability, mathematical prerequisites for students entering technological disciplines, and the importance of mathematics in national innovation into the public arena.

Geoff was directly responsible for:

Geoff was recipient of the AMSI Distinguished Service Medal in 2019.

Kally was an AMSI Statistician from 2011-2022, embedded within Parks Victoria’s Environmental Research Partnerships and Programs Unit. She actively supported research and monitored activities to help improve park management, and the AMSI partnership played a key role in Parks Victoria’s commitment to utilise evidence-based decision making in environmental management and in enhancing specialist skills.

Kally specialises in survival analysis, generalised linear models and relational database management systems. She is experienced in statistical consulting, research study design, study protocol and research database development, statistical analyses of research data, protocol review for research and ethics committees and grant assessment. Highly published, she has been a co-author in more than 30 research publications, 14 as a senior author. She has nurtured new talent as an instructor in statistics training courses and supervisor for research students.

Professor Tim Brown was Director of AMSI from 2019-20 following several years as Professor of Statistical Data Science at the University of Melbourne. Previously, Tim was Deputy Vice-Chancellor (Research) at La Trobe University (2008-2013), Dean of the College of Science (2005-2007), Dean of the Faculty of Science (2002-2007) and Professor of Statistics at the Australian National University. Honorary positions held by Tim Brown include President of the Australian Council of Deans of Science (2004-2006), President of the Statistical Society of Australia (1992-1994) and elected member of the International Statistical Institute.