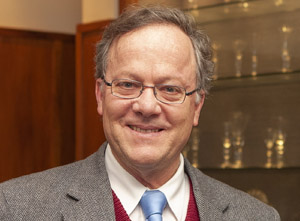 Emeritus Professor Philip Broadbridge served as AMSI Director from 2005–⁠2009. He has been a driving force in key areas of development for AMSI and its vision for the mathematical sciences in Australia.

Under Phil’s leadership, in 2007, the Institute was awarded a $2M Collaborative and Structural Reform grant, which funded a number of the AMSI Higher Education flagship programs, and established AMSI’s industry engagement arm, APR.Intern (formerly AMSI Intern).

In 2007–⁠08, Phil led the year-long project Mathematics for 21st Century Engineering Students with funding from the Carrick Institute of Learning and Teaching. Phil was involved in a number of conferences and workshops that significantly enhanced AMSI’s profile including as Co-organiser of PIMS-AMSI Conference, Similarity: generalizations, applications and open problems (Vancouver, August 2008) and Director, AMSI MASCOS UNESCO Workshop, Future Models of Energy and Water Management (Brisbane, July 2009). In 2008, Phil accepted the Fast Thinking/ Open Universities National Innovation Award in the category of science innovation on behalf of AMSI.

Phil’s contribution to AMSI continued after he took up a position at La Trobe University at the beginning of 2009. AMSI’s new Director did not commence until the second half of 2009. AMSI staff during this time will be forever grateful for Phil’s continued support with regular visits to the AMSI office to ensure all was well in spite of a new demanding position elsewhere. Phil has maintained continuous high-level engagement with AMSI, established before his time as Director. This has included membership of key Committees such as the Scientific Advisory Committee (SAC), now incorporated into the Research Committee, since 2005. He was Chair of the SAC from 2018–⁠2021.

Phil’s service to the mathematical sciences extends far beyond his work at AMSI. He has spent more than 40 years teaching and researching mathematics at a number of institutions.

Phil is held in the highest esteem by AMSI staff, past and present.