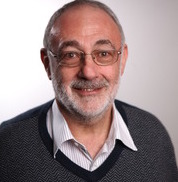 The Australian Mathematical Sciences Institute (AMSI) congratulates Professor Gus Lehrer on his inclusion in the 2016 Australia Day honours as a member of the Order of Australia (general division). Gus was recognised for his significant service to tertiary mathematics education as an academic and researcher and his service to professional and community groups.

Gus has contributed to the institute’s research program both as an event speaker and Vacation Research Scholarship project supervisor. In 2007, AMSI helped celebrate his birthday through sponsorship of the Conference on Geometry and Lie Theory.

Richly deserved, this award acknowledges a life of community service and leadership and a career that has profoundly impacted both the Australian and international mathematical sciences and helped shape future generations of mathematical leaders. An innovative scientific leader, Gus’s work in the fields of algebra and geometry was also recognised with the Australian Academy of Science’s 2015 Hannan Medal for research in pure mathematics.

The institute also extends congratulations all the great Australians honoured as part of Australia Day 2016 celebrations and thanks them for their outstanding service to their country and community.