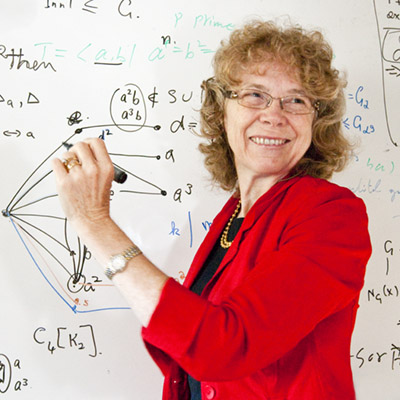 The Australian Mathematical Sciences Institute (AMSI) congratulates University of Western Australia Emeritus Professor, Cheryl Praeger, on her appointment as a Companion of the Order of Australia.

The highest honour in the 2021 Australia Day awards, Professor Praeger was recognised for significant service to mathematics and tertiary education; to international organisations; and as a champion of women in STEM careers.

Professor Praeger shares AMSI’s passion for developing Australian and global mathematical capability to secure the future of the discipline and its impact on innovation. She has worked closely with the Institute, including as a member of the AMSI Education Advisory Committee since its inception, in 2003, to 2009.

AMSI Director, Professor Tim Marchant, said the award was an important moment for mathematics in Australia and a fitting acknowledgement of a remarkable career that has been instrumental in building Australia’s mathematical research capability.

“Cheryl’s contributions to mathematical understanding, her leadership and commitment to fostering new generations of talent make her one of the most important figures in Australian mathematics,” said Professor Marchant.

As Western Australia’s first female mathematics professor – just the second in the country, after Hanna Neumann in Canberra, Professor Praeger has mentored new generations of extraordinary talent who are now significant forces on the world stage.

“I am very happy to have this spotlight on mathematics, mathematics education, STEM and women in STEM. I hope awards like this highlight the importance of the mathematical sciences in meeting the global challenges facing society,” said Professor Praeger.

“Cheryl has shaped and propelled global understanding of mathematics. She is a true champion of the mathematical sciences and gender equity in STEM,” said Professor Marchant.

AMSI is the collaborative enterprise of Australia’s mathematical sciences. Established as an independent platform and advocate for the discipline, the Institute has built a record of national and international achievement as the recognised leader in delivery of services, activities and strategic initiatives across the mathematical pipeline. Working with key discipline, government and industry partners, AMSI delivers its mission through the delivery of activities and engagement under its Schools, Research, Higher Education and APR.Intern Programs.

mathematics, maths, STEM, WomenInSTEM
Recommended Posts
We acknowledge and pay respect to the Traditional Owners of the land upon which we operate
ABOUT US