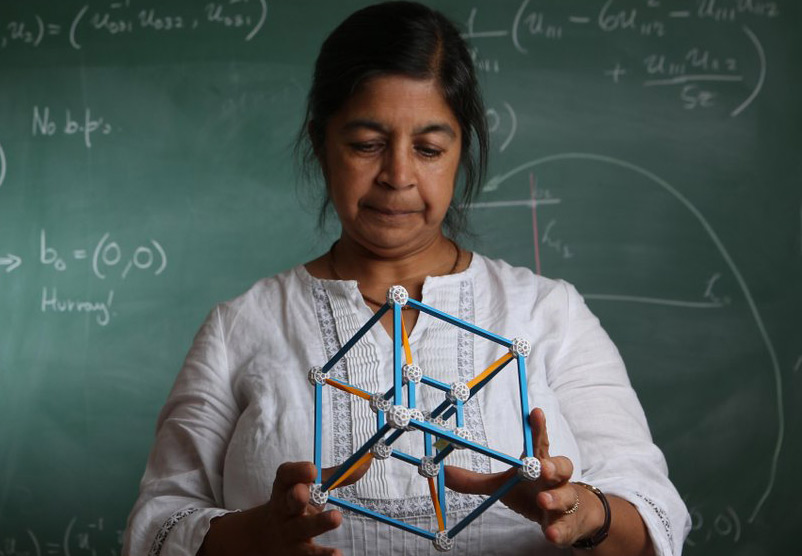 Welcoming the inclusion of one of the nation’s leading mathematicians in this year’s awards, Australian Mathematical Sciences Institute (AMSI) Director Professor Geoff Prince said the award reflected her impact as a role model for women and a new generation of research talent.

“A fierce advocate for emerging research talent and gender equity in mathematics, Nalini has made an indelible mark on the research landscape, particularly for women in her field,” he said.

Joshi’s recognition at the 2018 Eureka Awards follows her appointment as the first Australian Vice-President of the International Mathematics Congress in July.

Also honoured was AMSI Choose Maths Ambassador Associate Professor Alan Duffy. Based at Swinburne University of Technology and Royal Institution of Australia, Duffy was honoured with the 2018 Celestino Eureka Prize for promoting understanding of science.

Having joined the Choose Maths Careers campaign in 2018, Duffy has shared his expertise at making the complex fun and accessible with AMSI. Currently he is one of 15 Ambassadors whose stories are inspiring students across the country as part of this year’s Choose Maths careers awareness packs. He recently hosted a livestream careers event for the campaign in Melbourne during science week.

Professor Prince said that the popular astrophysicist was an important voice for both science and mathematics, helping inspire a new generation of talent.

“Alan is a talented communicator who has helped make science engaging for a broad audience, including the promotion of mathematics as a real and exciting career pathway through Choose Maths,” he said.

AMSI congratulates both winners on their much-deserved recognition at the 2018 Australian Museum Eureka Prize ceremony in Sydney on 29 August.